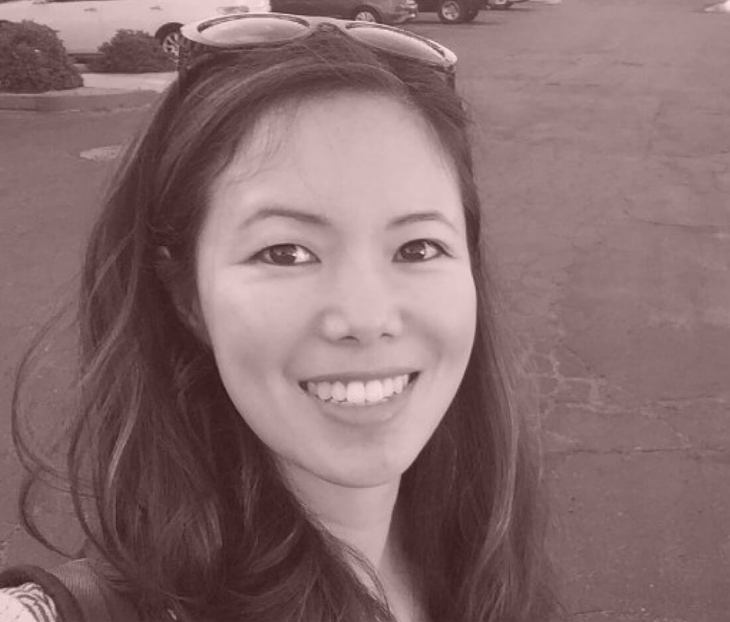 Today we’re talking to Pokin Yeung, a serial entrepreneur that has started and sold several businesses.  Pokin had a desire to own her own business since she was a child.  All it took was an employer not seeing her worth for Pokin to quit her job and start her first business.  That business didn’t go quite the way Pokin intended, and so she sold and tried again.  Now she has several successful businesses and exits under her belt, and she’s here to share her experiences with us.

Pokin has been interested in business from a very young age, selling candy to kids at school.  She knew someday she wanted to start her own business. When she finished school, she didn’t have the confidence to start her own business just yet.  Instead, Pokin went to work at a consumer packaged goods facility.  During a routine performance review, Pokin was asked where she wanted to go in the company.  She told her boss she would love to see herself grow as a manager.  The response Pokin got was that they don’t see her as a leader.  This shocked Pokin but she figured she could either accept it to be true or try to prove them wrong. She decided she would prove them wrong by starting her own business.  During this same period of time, Pokin says she was working on one of her bucket list items, to climb Mt. Kilimanjaro.  When she was planning her trip, she became frustrated with how hard it was to find things to do on her trip.  That was where she got the idea for her first business, GeckoGo, a travel website.

Ready to launch her first business, Pokin recruited a friend and they both quit their jobs and moved to the Bay Area.  They got a house with a bunch of roommates and started their journey.  They quickly realized that neither of them knew tech.  The website they wanted to build would learn your travel personality and give you options based on that.  Pokin decided they needed a tech co-founder.  She had heard stories about outsourcing the work and then having to rewrite the code later, and she didn’t want that to happen.  Pokin says she went to all the events, posted on Facebook, and had a ton of meetings to try and find the right fit.  They finally found someone that believed in their vision, and he joined as the third co-founder.  The three went on to raise funds and then built GeckoGo.

Pokin says she thought the only way to raise money to start the business was with an angel model.  They did secure a few angel investors and were on their way.  The facebook ecosystem was just opening up, and they were able to raise some more money through the Facebook Fund Incubator Program. After building a travel widget, they got a lot of new users and the community grew.  Even with millions of users, they still couldn’t get to the point where they could sustain and grow.  Pokin says they were always one funding round away from continuing the business or not.  One of their angel investors approached Pokin and asked what her long term plan was with the business.  Pokin allowed him to show her what selling and transitioning out could look like.  With the other co-founders moving on and Pokin’s relationships falling apart because of the stress of the business, she decided selling would be the best option.  The site was posted on Flippa and was acquired by BootsnAll.  Pokin says it was more of an asset sale, bought for the mailing list and users.

After GeckoGo sold, Pokin was feeling down because she had just given up everything she had been pouring herself into.  She wasn’t ready for the rollercoaster of starting another business yet, and so she went to work for a company.  While there, she met someone interested in the mobile space.  Pokin says the app store was just opening up, so it was all very new.  As a fun project to keep herself busy, Pokin decided to build some apps for fun.  Together the two built a music learning app and put it in the app store just for fun, thinking nothing would come of it.  The app ended up winning Amazon’s Music Education App of the Year.  They two thought there could really be something here and both quit their jobs to dive in.  This time around, Pokin says she figured out a path to monetization from the beginning.  They ended up building a bingo app that really took off and was creating revenue through in-app purchases.

While creating more apps, they decided being close to the customers was important.  Pokin says it’s easy to forget when you’re working on your business what customers actually want. Sometimes you think you know, then you go check and there’s a disconnect.  Pokin wanted to have a robust customer service system, and they made sure to answer every message and review.  A friend of Pokin’s was working on selling a business, and the acquirer asked if they happened to know anyone doing a bingo app.  Pokin’s friend connected her with the acquirer, and they began talking about a sale.  Having just launched a new bingo app, it was hard to know the value of the business, so they went with a two year earn-out.  For two years Pokin helped to build apps and the team from five employees to twenty-seven.