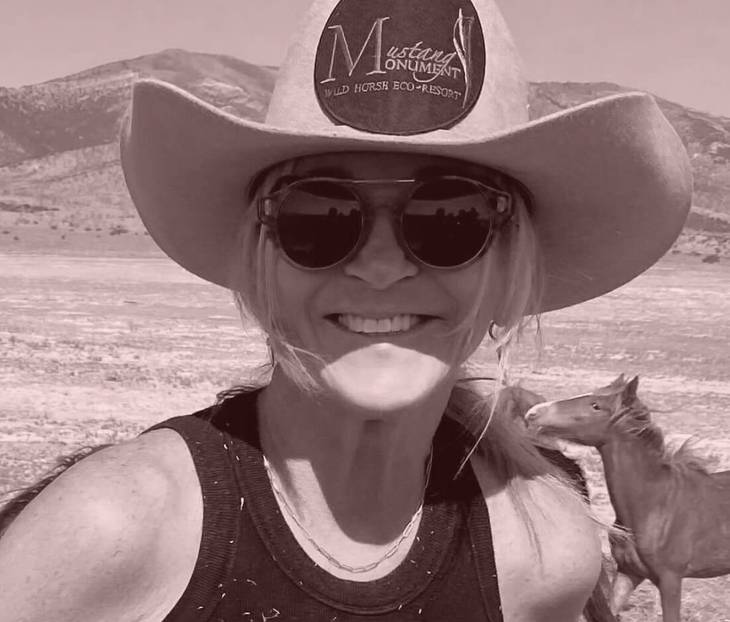 Today we’re talking to Pam Theodosakis, co-founder of prAna, a sustainable clothing company specializing in activewear.  She has a unique perspective as she sold the company, bought it back, and sold it again for $190 million!  From finding a need to passing the torch, Pam touches on it all.

Pam says she had a lot of stepping stones that brought her to owning her own company, from professional skier to flight attendant.  Growing up, she fell in love with her brother’s friend, and they got married in 1992.  They both had a love for climbing, yoga, and the outdoors, but didn’t love the clothing options available.  At this time there was no such thing as yoga clothes as the trend was just taking off.  The climbing world was well underway, but the only option for clothing was bright, shiny lycra which wasn’t attractive.  So they decided to start prAna.  They decided to make clothes that could work for going to the movies or climbing a mountain.  Starting out, they offered a unisex line before graduating to a woman’s line, which really took off.  Pam says her husband ran marketing, sales, and branding while she did the design, accounting, and shipping.  Soon they were able to start hiring employees and built the business around their lives.  Pam says it was really a family environment and people loved to work there.  It was so easy because there was so much passion and most employees stuck around for 20 years.

Hire For Your Weaknesses

When it came to hiring employees, Pam says they first looked at their strengths and weaknesses.  Her husband really didn’t like the sales side of things, and so their first hire was in sales.  Next they hired production employees, followed by warehouse people.  Pam says quality control was a big thing in the clothing industry, so that was a necessary hire.  Over time, they brought on another sales person and then a designer.  After 18 years, Pam was ready to give up the design role and found just the right person for the job.  Pam says start with the areas you’re weakest in and build those up with people you know will carry your core values.

Pam says prAna never had any partners, they had a loan in their names.  With a house on the line, two kids, and everything leveraged, Pam’s husband asked her what she thought about selling.  In 2006, they were approached by Liz Claiborne and ended up selling for $34 million.  Shortly after the big box stores began to struggle and restructuring resulting in a lot of big brands getting shut down.  Pam was given the opportunity instead to buy her company back, which she did in 2008.  After that, they focused on growing prAna with great success, it grew from $34 million to $100 million.  Pam says they had a partnership with Steel Point Investors which worked well because they were like-minded individuals who didn’t want to come in and change everything.  They ended up getting an offer from Columbia Sportswear in 2018 that they couldn’t refuse.  They were offered $194 million and it felt like their values wouldn’t be lost through the acquisition.

The deal was structured strangely when it came to the buyout and there was a change in sentiment, which Pam attributes to founder fear, and so Pam found herself fully bought out.  Pam says this happens a lot with exits, and you can’t take it personally, but that transition definitely could’ve gone smoother.  In hindsight, Pam says they’re great people; they just do things a little differently to the way she did.  Pam says prAna is doing great and growing under Columbia, but she feels like they’re no longer a core group for athletes.  For instance, Columbia started using models for marketing, where Pam had always used actual athletes.  She says people see right through that stuff and that when you’re trying to be everything to everyone you usually end up losing.

Timing wise for the exit, Pam says all the stars were aligned, and the market was hot, so it just made sense.  Once she realized they were heading for an exit, she stopped taking on money and partners and started on an exit strategy.  She says your best bet is to grow slowly and intentionally and that when everything seems right people will come to you.  Or on the other hand, if things are no longer fun for you, it might be a good time to sell.  When you’re preparing for an exit, don’t forget to prepare mentally.  A lot of people get depressed after selling, as their whole life was the business, and then it ends.  Pam says the absolute best advice she could give would be to hire people that carry the torch correctly, then you can rest easy at night.  It’s important you have people in place that will do the right thing even when you’re not there.

Pam says: make sure you have all your pivotal customer touch points clear and feel covered.  She thinks they dropped the ball with that a little.  Above all else, stay true to your core, hire the right people, and the rest will work itself out.

To learn more, you can find Pam on LinkedIn.  She says they love to do charity work, mentor, and give back.