Tell us a little about yourself. What’s your background? How did you start the business?

It has started when I was just a kid. Times were tough for me, parents divorced, crime and depression were all around where I lived. But I have quickly learned that there is no better time to get deeply involved in something that gives hope for a better future. If you harness it correctly, times like these allows all of the fear and sadness to be converted and magnified into something that is beautiful, pure and profound.

It was the Nineties. To avoid depression and fear I started playing all kinds of musical instruments. Had a few teenage bands formed, played trumped in local orchestras, started DJ’ing and composing my own music.

At the same time, I got obsessed with computers. I was spending all of my spare time after school either playing music, making it or fiddling with computers. I didn’t care about anything else at all and it was great! 🙂

A few decades later PhonicMind – the first AI-based Vocal Remover and stems maker was born! It’s all because of these two passions that drove me out of difficult times which I am still obsessed about until this day. Music helped to stay happy and motivated while working with computers provided income.

I have created PhonicMind for people like myself. For those willing to experience music not only by listening to it but also by playing or singing along favourite songs. I believe that music has the greatest healing power of all the things that humans ever invented. The more you are in it, the better it works!

As an e-Commerce business, where are your products made?

How have you marketed the product and where are your customers originating from?

I didn’t do any significant marketing. Simply relying on google search results and recommendations by those who already tried this.

Is the asset on your listing owner-operated, how much time does it take to run the business, who else is needed on the team, and what is automated?

Owner operated. ~1hour a day, for answering customer emails. Everything else is 100% automated.

What does someone need to do to continue operating the business in its current form?

General website management understanding. If one wants to change something on-site, it’s made with Python/Django web stack, so knowing that would not hurt, otherwise, someone else has to be hired to help with that.

Work on external digital marketing and SEO. That’s the only thing that is needed to push this forward.

What has been the evolution of this asset since its launch?

How to remove vocals from a song?

This has been a question and a problem that many people asked for many years. We have asked that question as well. Just as everybody does we started with a google search. We quickly ended up with a great list of offers and advice on how to do it. The search results ranged from integrated audacity vocal remover functions up to dedicated vocal removal software and from free solutions to paid ones. We have tried and tested every single one of these vocal remover practices, but none of them was up to the quality standard that we wanted. In fact, most of the vocal elimination techniques were totally useless, not being able to remove vocals at all or only capable of removing some of them while leaving half of the vocals on the original track. Partly removed vocals might be good for singing on top of instrumental versions as you have some vocal reduction, but generally, it is not good enough if you use quality audio equipment.

A perfect challenge for modern AI

Coincidentally, we were not just regular musicians or music producers looking for vocal isolation software to run against our favourite songs, we were also AI geeks! So, what we found instead, was a challenge!

This led us to the question, “why don’t we quit our daily jobs and commit to building the best vocal remover of all time?”. It seemed like there were many people looking for this kind of service at the same as we were. We were sure we could do it, it would only take countless hours of work, a lot of expensive GPU powered computers, taking a loan and perhaps selling our cars and a kidney. If we achieve it, then it should pay off. If not, then we have probably totally screwed up. Does it sound like a risk worth taking? Hell yeah! 🙂

We took that risk in the autumn of 2016 and started working day and night on this project. We became obsessed with the idea that AI should be the ultimate answer to this problem!

The year later in 2017, we introduced the first AI-powered online vocal remover service in the world! We named it – PhonicMind. Very simply put, just because it understands audio. It’s quite an experience to create something that really understands audio and can quite accurately decipher between what is a human voice and what isn’t. It was not as advanced as it is now, but it was way ahead of anything that was possible at that time and we were so proud of it just as we are now.

We kept on working on our vocal remover day and night. The vocal removal quality was great, but still not always 100% perfect on every song. It seems like other companies saw our success and tried to do the same, so we realised that we had some competition in the market. Well, the competition is great and we welcome it. Being in a competitive market doesn’t allow you to rest on your laurels, so we kept on working and improving.

We used various karaoke, instrumental, acapella and vocals samples uploaded by our clients to train our AI even further by using reinforced learning techniques. Along with countless adjustments to our neural network, this gradually evolved into something that was really impressive. Not 100% perfect, but definitely the best vocal remover available. People started using our service as a benchmark to other vocal separation services and techniques. This was quite pleasing to see and still no other services or software was able to beat us in vocal isolation quality!

Still, this was not enough for us. We wanted to turn PhonicMind into something even greater! If we already have AI which understands music and can remove vocals from any given song like a human being, why don’t we program it to separate drums, bass and other instruments as well?

The new challenge was set and we continued working with our baby PhonicMind’s AI.

Another year passed and in 2019 PhonicMind evolved into a stems maker. This was again a hit for our long-term users and new clients as the overall vocal separation quality slightly increased again, and now we were not just a vocal remover. PhonicMind became something much much greater. Now you can not only remove vocals from a song, you can also remove drums isolate bass or other instruments. You can create amazing remixes, play drum tracks or the lead guitar track of your favourite song. One of our clients said – “It’s a game-changer!”

So how to remove vocals from a song? Well, it’s easy now! Simply upload your song to our vocal remover and you get a stemmed version of your song where you can remove not only vocals but also drums, bass and other instruments (sounds like a bonus)! It’s been quite a ride for us, but now it’s easy! Whenever you want an instrumental version of your song, acapella, karaoke, minus one, beatless or whatever else we unaware of. Simply drag your song, drop into our service and you will have it in a matter of minutes!

State of the Art

We are extremely proud of our product and we hope you enjoy using it as much as we enjoyed creating it!

How does this business make money? What are the current revenue streams?

What marketing channels are most profitable for the business?

How does the business currently acquire customers and what is your breakdown for marketing costs?

Google search and recommendations by those who already tried our service.

How big is your current team? How many people does it take to run this business?

What’s the reason for selling your business on Flippa?

I am an engineer, but this project now needs serious work on digital marketing. Marketing is not my horse. Meanwhile, I am working on other projects, and need money for the launch of it. 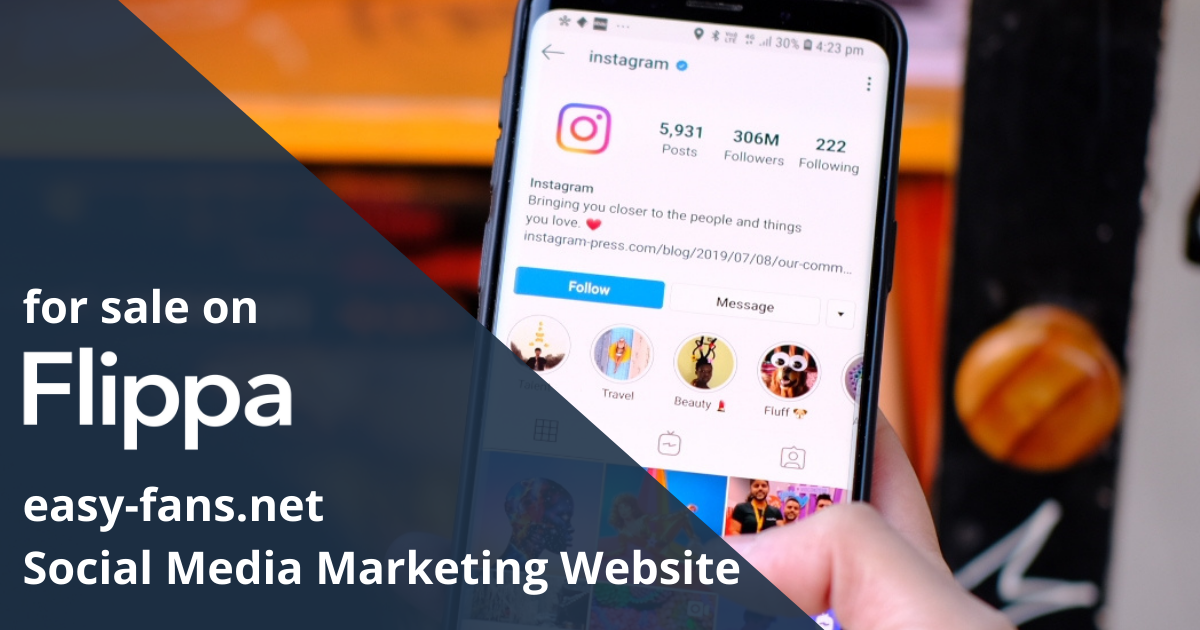 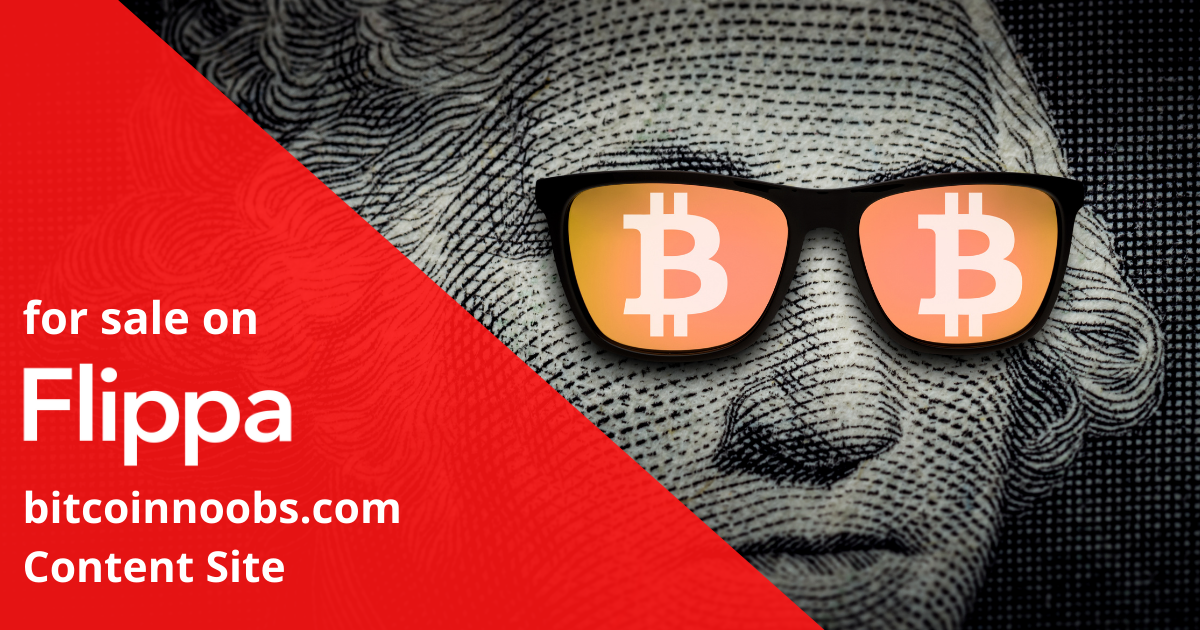