I used to own an affiliate site that promoted sales funnel software. Revenue was mostly from converting organic search traffic, as well as from a 10K person email list. But I also successfully used Facebook ads to drive affiliate clicks to Samcart landing pages which helped me to make their top 10 affiliate leaderboard back in 2017:

But I’ve personally never been able to profitably drive paid advertising to my own affiliate landing pages. Fortunately I know a man who does, Zach Zorn from Money Nomad and I asked him to share his experience.

Over to you Zach…

Thanks Richard! The goal that many of us website owners and operators have is to consistently increase traffic in an effort to increase revenue. Instead of creating new content or even updating old content to reach this goal, I began to think outside the box and theorized if there could be another way.

In 2018, I did a quick website flip in the mid five figure range and deployed a PPC ad tactic that led to increased revenue with minimal expenses incurred. I’ve since used the same method on other websites to ensure I’m maximizing the earning potential for top pages.

My rationale is that, if an article has ranked well in search engines and is also generating income, then it’s a prime candidate to advertise since both the content and monetization methods have already been proven.

As I mentioned previously, for a short time (4 months) I owned a technology review website that specialized in drone, camera, and 3D printer reviews, earning around $1,500 per month of profit.

The website had four or five articles that made up 75% of the revenue or so. These articles were ranked well but did not hold the number one search spot. Rankings ranged from position 2 to 5, so I knew there had to be more earning potential for these articles.

I did several tests, promoting different article styles using both AdWords and Facebook ads. Once I found which content type converted best, the results were pretty astonishing. To ensure my results were not a fluke, I did the best I could to create a controlled test and dedicated one month to it.

For weeks 1 and 2, I ran no ads promoting the target article. The article generated $12,044 in affiliate sales, or $838 in commission.

Note, there were no holidays or special promotions during this timeframe to impact results.

Since most of the content published on the tech website was review style, these were the first articles I promoted using PPC ads.

However, as I did more testing, I found that promoting articles that had to do with upgrading the specific product converted much better. For example, at the time, the Anet A8 3D printer was extremely popular, and the website ranked well for this printer review. As the printer increased in popularity, 3rd party manufacturers began to create upgrades that users could purchase.

The original owner of the website created an Anet A8 “Best Upgrades” article that performed well organically and proved to perform well when boosted with ads. I believe this style of content converted well since it was not “salesy” and the searcher clearly already had a good experience with the printer and was eager to upgrade.

The Facebook ad campaign was quite simple, you can see the target audience in the below image and the budget was set to $10 per day.

The drone review ad generated nearly $400 in profit over the course of 10 days, while spending only $45.

Since the Facebook ads were performing well and validating my theory, I decided to see if the same would hold true using AdWords ads.

Long story short, the Google ads cost significantly more at $0.34 CPC. The text ad did boost the article traffic and exposure, but because of the increased costs I estimated that running the ad resulted in a wash. I didn’t generate profit but didn’t lose money either.

For the AdWords ad, I used Ahrefs to determine which keywords and keyword phrases to target. When adding these keywords to my ad, I used the exact match operator ([keyword]) in an effort to precisely target my audience.

While I did not see the success with the AdWords ads that I was expecting, I’ve used the tactic of exact match keywords for other websites which has yielded great results. This tactic has also worked great in promoting YouTube videos that have affiliate offerings/discounts.

Whether you’re looking to grow your revenue for the long term or for an upcoming sale, leveraging already proven content with ads can be lucrative since little time is required and the results are immediate. Too often website pages are created and forgotten once they begin to rank and convert, but money is being left on the table. The hard part is done, now just give the content a boost in exposure.

Split testing and keeping ad results tracked in a spreadsheet will be helpful in determining the nuances that make for a successful ad campaign. I like to think creatively with regards to generating revenue, and in doing so some great ideas have formed.

Don’t limit yourself to Facebook and Google ads, I hope to find the time to test Pinterest and TikTok ads in the near future. I believe there is a big opportunity for websites and businesses on TikTok that can find fun and entertaining ways to promote their offerings.

Many thanks to Zach from Money Nomad for his expertise with leveraging PPC to boost affiliate revenue. It’s certainly something I’m going to attempt when I get the main pages of my new software review site ranking on page 1 and see how organic conversions are going. For other use cases of PPC, check out Travis Jamison’s guest post on Flippa on how to use paid ads to improve website user experiences. Otherwise you can keep up to date with the world of website investing on our newsletter. 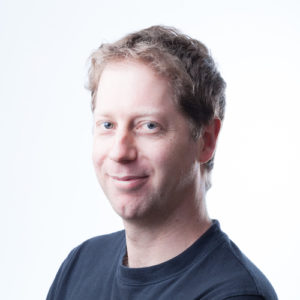 Richard runs a Website Investing publication which covers the world of website investing with a weekly newsletter and podcast. He personally builds and sells software review sites and has had a six figure exit.

5 Powerful Tips to Increase Conversions for Your Lead Funnel