How many times have you been interested in an auction, whether by “watching” its progress or becoming an active bidder, only to have it slip through your fingers due to circumstances beyond your control? I’m not just talking about the price exceeding your budget, or another bidder winning the auction outright. I’m more referring to those times when you place a bid, and then completely forget about the ending of an auction — or even worse, when you set a reminder to keep-track of an auction’s end, only to be unavailable during those final moments.

Whether due to work, play or sleep, missing the end of an auction is quite commonplace and is an unfortunate situation in what would otherwise be an unstoppable transaction!

If you’ve ever been the High Bidder of an auction that didn’t meet its Reserve Price, you may have received a counter-offer from the seller.

But what about everyone else involved in the auction? What about the second- or even fourth-highest bidders? What about…every bidder?!

We have recently made some improvements to what we call Post-Auction Negotiation and are proud to announce that ALL bidders now have access to post-auction negotiations with the Seller.

Here’s how it works from a bidder’s perspective:

Let’s say you bid on a domain name recently, but didn’t hit the reserve price. The seller may still be interested in accepting a best offer, and in the past was only able to transact with the highest bidder. It was all or nothing with that potential buyer, and very few parties were successful in coming to an agreement.

But by opening it up to everyone who was involved in the auction, there is more involvement and engagement from a larger number of bidders, and more offers for the seller to consider.

At the closing of each unsold auction, each bidder gets an email like this (using the auction for Printer.ly as an example — your results will vary!)

As one of the bidders in this auction, you would have 72 hours to clickthrough this email and drop an offer to the seller. Maybe you only want to pay only the amount you lodged as your high-bid, or maybe you’re willing to go a bit over that in order to secure the sale. Regardless, the choice is yours — and again, this is open to all bidders of any Flippa auction!

The seller then has 72 hours from when offers are fielded to either “Accept” or “Counter Offer” to each buyer he or she decides to deal with.

In the event no bidder makes the first move, Sellers have the ability to steer this by sending-out an initial Post-Auction offer to all bidders! Same terms and time-tables apply.

Have you used our new Post Auction Negotiation System yet? Questions, comments, feedback or thoughts? Drop them in the comments below — we’d love to hear from buyers and sellers alike! 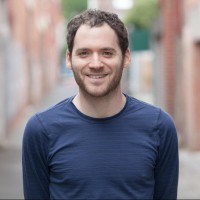 Very helpful features for both sides and the facilitators.
Apart from helping the members, will also contribute to F’s revenue…

Thanks, Ron! Yeah, you maneuvered the sale beautifully!